Piano Trends Music is proud to announce that the oldest Baldwin piano delaership in Chicago is adding two more prestigious piano names to their lineup of new pianos. Beginning Now Piano Trends has added Seiler Pianos and Knabe Pianos to the showroom floor.

Seiler is one of the top high end German Piano Manufacturers and know for their concert quality in every level of piano they make. Knabe is one of the oldest and most respected Amercian Piano makers. Both piano lines complement America's favorite piano, Baldwin which has been part of the Piano Trends family since 1990 when this Crystal Lake Music business first opened their doors. The store also represents their own Breitenbach Piano line as well as Hallet Davis. be sure to visit and learn more about all of the pianos in the Piano Trends Showroom

Knabe’s rich history began more than 200 years ago when Wilhelm (William) Knabe was born in Kreuzburg, Germany in 1803. Knabe learned the art of cabinet and piano making through apprenticeships, dedication and hard work. After immigrating to the United States and settling in Baltimore, Maryland, Knabe began working under Henry Hartye, a well-known piano maker. In 1835, William formed his own business of buying, selling and repairing used pianos from inside his home.

Knabe partnered with Henry Gaehle to form the piano company Knabe & Gaehle, the genesis of Knabe’s storied history. Knabe & Gaehle built high-quality grands, uprights, and squares at a small factory in Baltimore and managed to compete with other larger, more established American manufacturers.

Knabe & Gaehle became a part of American history when in 1838, Francis Scott Key, composer of “The Star-Spangled Banner,” commissioned the company to custom-build a square grand piano for his home. The detail of these lavish, hand-carved pianos extended around all four sides of the rosewood case and down its massive legs, while the keys were surfaced with expensive mother-of-pearl. The piano was used by Key until his death in 1843 and currently resides in the Peabody Hotel in Memphis, TN.

The company was left in the stable hands of sons William and Ernest upon the death of William Knabe in 1864. With the outbreak of the Civil War and the resulting decline of the Southern market, the company managed to keep afloat by expanding their markets into the growing American west. In the later decades of the 19th century, Knabe grew to be one of the most respected pianos and very popular among consumers and professionals alike. 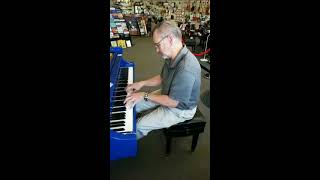 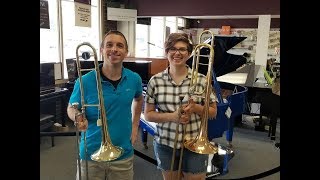